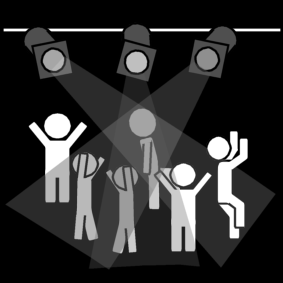 You need to express how you feel in a written document. Maybe it is work assignment, or a school assignment, or you are trying to write a letter to the editor of the local newspaper expressing your displeasure with the local political system. The problem is that what ends up on the paper doesn’t sound anything like what you were thinking while you wrote it. The ideas that you were trying to get across sounded so magnificent in your head but just seem to fall flat when ink gets put to paper.
Have you ever had a problem like this? It’s a typical enough situation but many people in this situation will not do anything about it because they don’t want anyone to think that they are stupid. They struggle on day after day, minds filled with worry and completely unable to think of a way out or a way to solve the problem when the answer could be staring them right in the face. Find someone that is a good writer and ask them to teach you the process. You need to find some writing tutoring. Most good tutors will be able to help you with this.
When you pick up a book or an article and think after you have finished it that the author is a great writer chances are pretty good that what really took place was that a good writer’s work was polished up by a good editor. There are very few great writers in the world, very few writers that can just put pen to paper and whip out a masterpiece without ever looking back. Most of us need to go back at least once and usually several times and change things. If you are working as a professional writer then your editor will make many of these suggestions. For most people however the problem lies in the fact that not only are they the writer, they also have to be their own editor.
Most writers when editing their own work are not nearly critical enough of it and seem to be satisfied with mediocre results. Others end up being too critical and talk themselves out of not only writing the piece that they are working on but of ever writing anything again. This is where writing tutoring can come in quite handy. A good writing tutor will be able to show you exactly how hard you need to be on yourself. When you wrote that piece and it didn’t sound like what you were thinking when you wrote it you were so incredibly close to getting the process right, but you gave up. Don’t throw it away because it didn’t sound like you, figure out why it doesn’t sound like you and fix it. That’s what writing is. It isn’t about getting all of the words right on the first try, it’s about working with the words until they are right.
Most people believe that they are completely unable to write and that it isn’t something that they could ever learn to do. That is completely wrong. Writing isn’t some magical process that only special people can pull off. It is more science than it is art and anyone can learn to do it properly and to do it well. Go get yourself a writing tutor and next time you can go down that path that you have been walking past all of these years.…