It is a known fact now that Pakistan is an unstable country due to many diverse reasons. Negation of the fact will lead to nowhere. It is high time that we must accept this fact and try to find methods to stabilize our country sincerely.
There are many known problems, which are always pointed out by the national and international media like the corruption and the terrorism. While these are acute problems, there are many other problems, which are just as intense but are somehow overlooked. For example, the lack of respect for the languages spoken in Pakistan is one such problem.
There should be a six-step approach to solve all the language related problems of Pakistan.
1. Acceptance of Urdu as the National Language
Every now and then, there is a debate on whether or not Urdu should have been declared the national language. The health of the decision is weighed repeatedly without any results ever. We should train our minds to trust the vision of Muhammad Ali Jinnah and to accept Urdu as the national language.
2. Acceptance of the Regional Languages
We must be tolerant of the fact that people belong to different regions and ethnicities in Pakistan and all of them might not know Urdu. This is totally okay. Everyone has the right to speak his or her mother tongue. Actually when Muhammad Ali Jinnah declared Urdu as the national language of Pakistan, he missed one acute point. The regional languages should also be made second or third national language of the provinces.
3. Accepting the past mistakes of the establishment in East Pakistan
It is an extremely unfortunate fact that the lack of respect for the Bengalis and their language, Bangla was also responsible for the partition of Pakistan. It is high time now that we accept that it was a mistake. We can learn from mistakes only after we accept them.
4. Accepting the present mistakes of the establishment in Baluchistan
Nawab Akbar Bugti passed a bill in the Balochi parliament that Balochi language will be taught to students from the first grade instead of Urdu. After the murder of Akbar Bugti, Pervez Musharraf forcefully reverted to Urdu in the schools of Baluchistan. This has caused a lot of resentment in Baluchistan.
5. Educating the masses about the importance of Urdu
Urdu language is important for the national harmony. In a country of more than a dozen regional languages, there must be a common platform where people of the country can stand united. Urdu is such a platform for Pakistan.
6. Treating the languages just like the developed nations
There is one thing common among the developed nations of the world. They respect their language and take deep pride in speaking them. If we want Pakistan to be among the developed nations, we must respect Urdu. We will have to come out of our inferiority complexes regarding our own languages. Learning English might be an asset, however being good in Urdu is a necessity.… 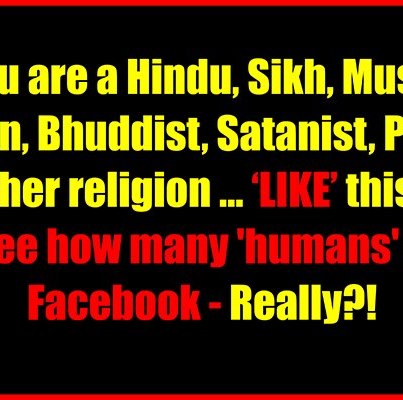 If your child struggles in math at school, he or she may not do well in other subjecs, according to statistics. Since most professional schools, universities and colleges require all students to have certain scores of math before they can be accepted. It is for the future of students to have the problem corrected as early as possible. In fact, math is not difficult as many parent think, it is only the logical distortion. If the student can manage it, math is easy and fun ( it is a lazy student best course, if they can think logically).
Online Math Tutoring have become more popular and acceptable for parents and students, because it not only provides the expert for any math courses but also gives the parent and student more flexible time and works in the students’ own home. In fact, Online math tutoring has many other benefits. The schedule of online math tutoring is the same as normal tutoring class. All courses are following the government guideline.
1. All teachers are certified
2. Times are Flexible
3. Parent can engage in the courses by working together with their child
4. It is cost effectiveness. Most online tutoring school charge only $100 -200 per year instead of thousands
5. Take off the student pressure. Some students may afraid to ask questions in the normal class.
6. Parent do not need to drive the student to the class as it is used to be.
7. It also includes regular exam
8. The student will be given exercises to improve their logical thinking in their spare times and they can do them independently.
All new student needs to write a initial placement.
Researchers found that parents should check at least three online math tutoring schools and compare them before registering for their children. Since it involves transaction of credit card, parent should call the 1800 number to verify the existence of the school before making any payment.…