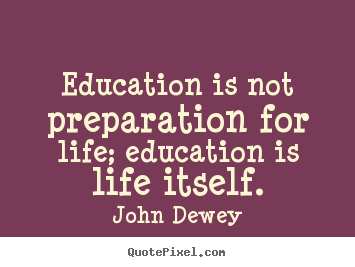 I had been to London a few times before, so I knew my way around pretty well. Nevertheless, I always carried a map. So I felt sure that I would not have any trouble finding my way to my appointment with a local education official-especially since he had given such good directions: “Take the Northern Line; get off at the Elephant and Castle; go straight out the door and cross to the other side of the road; go up the first street a couple hundred meters; our office is on the left, just before the park. You can’t miss it.”
That sounded pretty easy. I had ridden the Northern Line of the Underground dozens of times, although I had never gotten off at the Elephant and Castle. So I got off the Tube at the correct stop and went up the escalator, thinking to head straight out the door. That’s when my troubles began. When I got to the top of the escalator, there was not a door to go straight out from-there were five doors, all distributed around the circumference of a circular-shaped exit/entry area! The official hadn’t mentioned that. I had no idea which direction to exit. So much for “go straight out the door!”
But all was not lost. I had my trusty map, and I knew the name of the street I was headed for, so I just headed out the nearest door to look for the street sign. As I emerged, I discovered that the tube stop was a round island surrounded by several wide lanes of swirling traffic, with streets radiating out in several directions. The street signs in London are embedded in the walls of the buildings, and none of them could be seen from where I stood. (What is the practicality, I wondered, of street signs that are only visible once you’ve actually turned onto the street? Do they serve to offer reassurance to people who already know where they’re going?!)
It took a long time for me to wander around that circus (well, that is what they call it) until I finally found the right street. I finally arrived at my appointment somewhat late and rather perturbed. But the experience was not lost on me. The man had given me directions that described exactly what he did every day. But he failed to take into account that I had never been there before. And the fact that he did not remember what it was like to be there for the first time caused him to omit important information, which rendered his directions meaningless to me. They would only make sense to a person who had already been there! “You can’t miss it,” indeed.
It struck me as I left my appointment that this was a perfect metaphor for what often goes wrong with math education. I once heard a teacher introduce fractions to his class by pronouncing “numerator,” and “denominator,” writing them on the board, quizzing his pupils on the correct spelling of the words, and then verbally defining their meaning. While his presentation was technically correct, and was an accurate description of how he thought of fractions every day, the lesson was meaningless to many of his students because it provided no connection to physical or visual experience. The instructor had forgotten what it was like never to have seen or considered a picture of a fraction before, or to have divided an object or groups of objects into fractional parts. He had forgotten what it was like to not know about fractions. As a consequence, his instructions would make sense mainly to students who already knew about fractions; but the lesson would go right over the heads of other students, even when they’re diligently paying attention.
Fortunately, most teachers now know better than to present a fraction lesson like that-although that style of presentation is still pretty much the norm in algebra classes! To introduce fractions, it is more typical for the teacher to begin by drawing a circle on the blackboard, drawing vertical and horizontal diameters through it, shading three of the four resulting parts-and then proceed to tell the students that since there are four parts altogether, and three of them are shaded, we call this “three fourths.” A few teachers might consider this one illustration sufficient to define all fractions. But most teachers would provide several pictures of different fractions, and then ask volunteer students to name them properly. They then consider their introduction complete.
This type of presentation seems to many teachers to cover all the bases, so they are surprised and dismayed to discover later that a couple of their students still have no understanding of basic fractions whatsoever. Naturally, teachers feel a need to account for this “I taught it-but they didn’t learn …